Opening week of Florida’s 2017 Legislative Session was busy with many policy changes being proposed in both the House and Senate that could impact Florida’s schools.

Senator Montford hosted a press conference on 3/8/17 regarding his proposed legislation in SB 964, which would eliminate some tests, push back testing dates to the end of the school year and allow schools to use paper-and-pencil exams rather than online ones. “There is far too much testing and not enough teaching,” said Sen. Montford D-Tallahassee, the bill’s sponsor. “We have tied the hands of teachers and stressed out our kids.”

Legislation has been proposed in HB 15 sponsored by Rep. Sullivan and Rep. Fischer that would allocate $200 million annually for the Gardiner Scholarships, which help children with disabilities pay for specialty educational services and therapies. The bill would also increase payments to recipients of the Florida Tax Credit Scholarships.  This would help mostly minority and poor students attend private schools by offering dollar-for-dollar tax breaks to businesses that donate to organizations that distribute the scholarships.

The Senate Appropriations Subcommittee on Pre-K-12 Education passed SB 78 sponsored by Sen. Flores, which would require each district school board to provide students in certain grades at least 20 minutes of unstructured free play recess per day.

The House Education Committee met this morning to hear from Rep. Diaz regarding a proposed committee bill (EDC2) that modifies the Best and Brightest scholarship. It gives more teachers access to the Best and Brightest scholarship by lowering the qualifying exam score to 75th percentile as well as including other assessments not just SAT and ACT. If a teacher received a Latin honor at graduation then the qualifying percentile is lowered to the 70th percentile. Another major change is the scholarship would now include principals. Also, if a principal becomes a best and brightest principal they will be given a greater autonomy in regards to the budget. 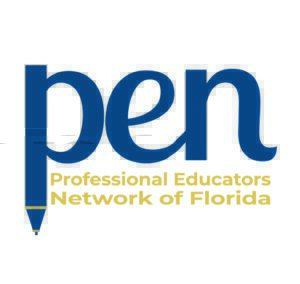